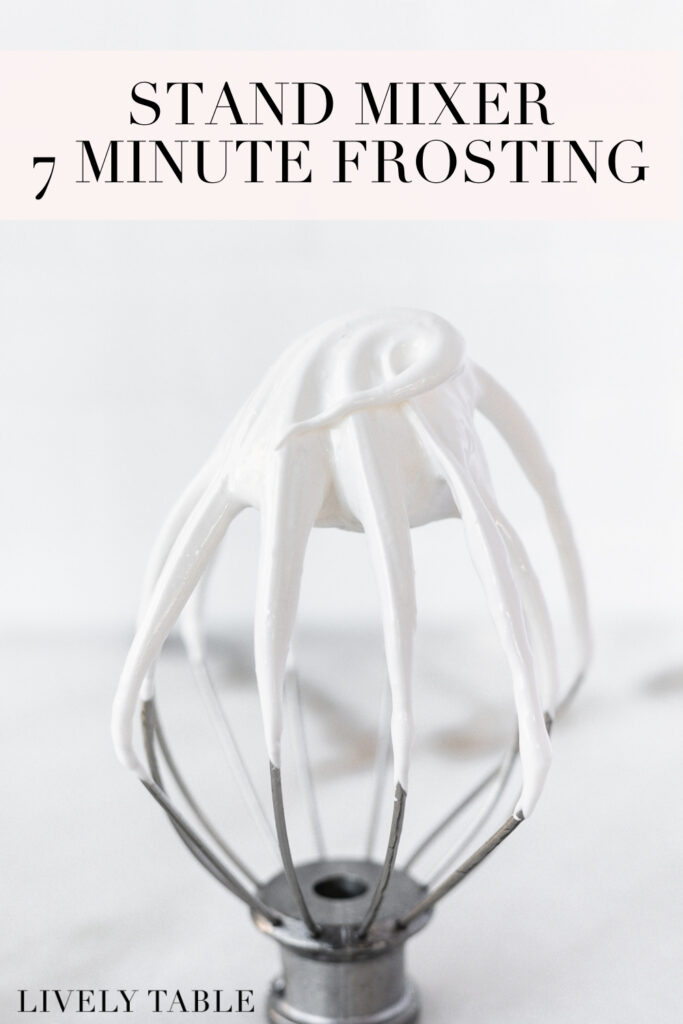 It's easy to make 7 minute frosting in your stand mixer! This fluffy, marshmallow-like frosting is perfect for frosting cakes, cupcakes, and cookies - with no double broiler needed. (gluten-free, dairy-free)

Growing up, my family grouped birthdays together into big celebrations. My grandpa and I were both born in December, along with several other family members. Coconut cake with 7 minute frosting was my grandpa's favorite, so it was almost always my birthday cake, too, by default. (No complaints here!) Years after my grandpa's passing, I finally taught myself how to make 7 minute frosting from scratch. It's quite easy to make, and even easier with a stand mixer. If you, like me, don't have a hand mixer or don't care to use a double boiler, you'll love this stand mixer 7 minute frosting!

What is 7 Minute Frosting?

7 minute frosting is a fluffy, shiny, marshmallow-like meringue frosting made with beaten egg whites. It was named for the time it takes to beat the egg whites to stiff peaks - 7 minutes. It's traditionally made in a double boiler on the stove and beaten with a hand mixer while cooking.

Can I Make 7 Minute Frosting Without a Double Boiler or Hand Mixer?

Yes, you absolutely can make seven minute frosting in without using a double boiler. I don't even own a hand mixer, so I use my stand mixer in this easy method. This version isn't quite beaten for 7 minutes because the sugar it boiled first.

How To Make 7 Minute Frosting in a Stand Mixer

Can 7 Minute Frosting Be Made In Advance?

I don't recommend making 7 minute frosting in advance for 2 reasons. the first is that it hardens as it cools, making it difficult to use. It's easiest to apply to cakes or cupcakes when it's still slightly warm and pliable - right after it's made. The second reason is that the outside tends to get crunchy as it sits, especially if refrigerated. For the best flavor and texture, you should make 7 minute frosting the day you plan to serve it.

What To Frost With 7 Minute Frosting 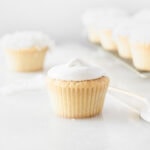 It's easy to make 7 minute frosting in your stand mixer! This fluffy, marshmallow-like frosting is perfect for frosting cakes, cupcakes, and cookies - with no double broiler needed. (gluten-free, dairy-free)