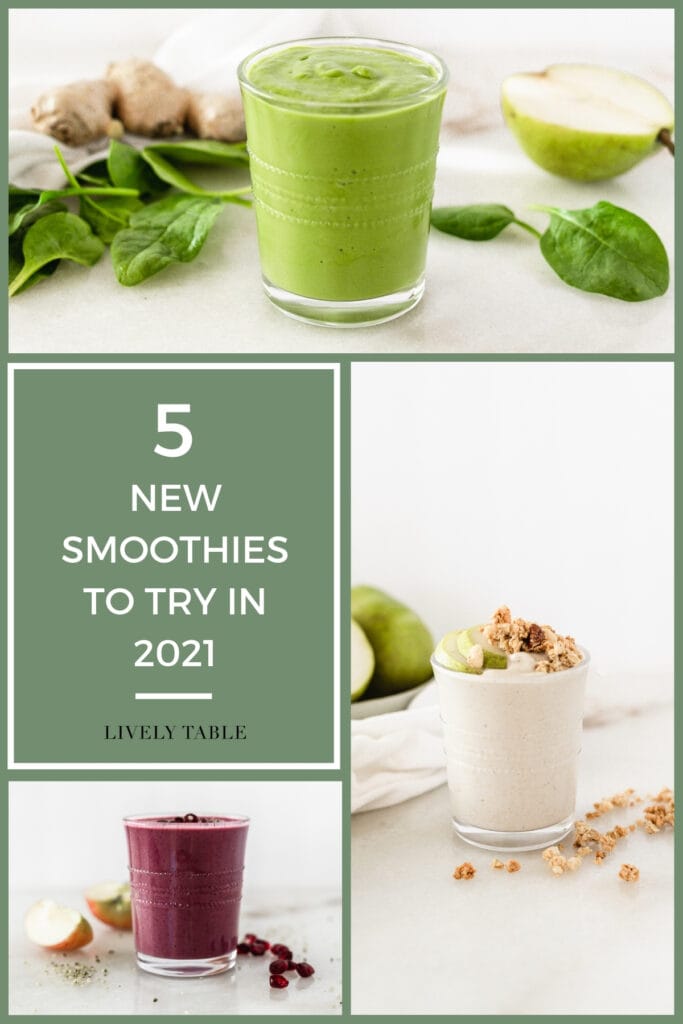 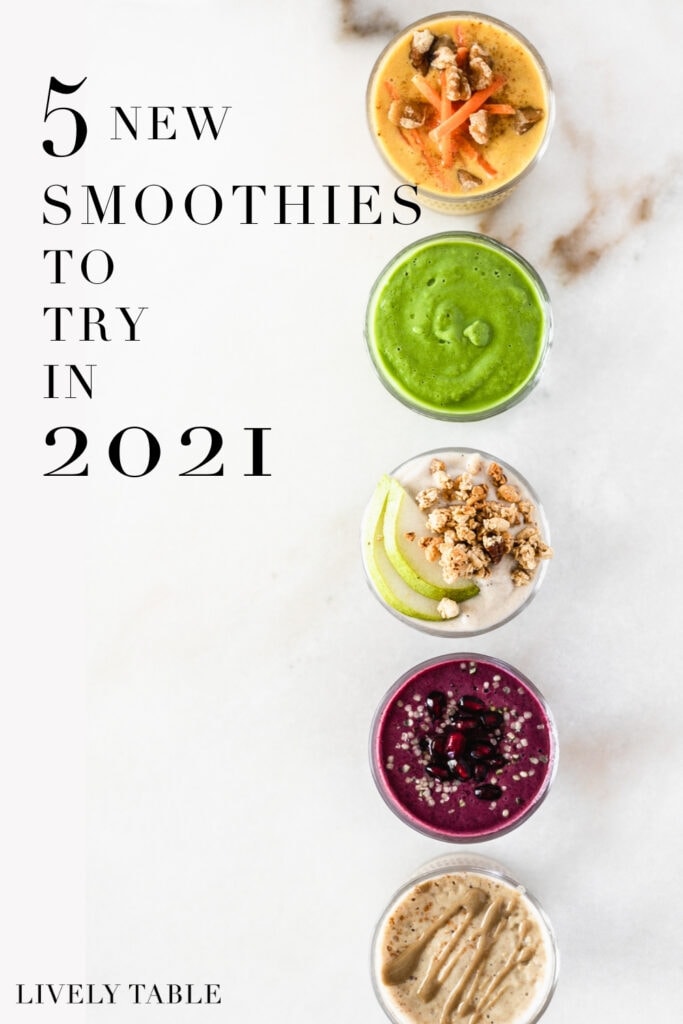 Tired of the same old smoothies? Mix it up with these 5 NEW smoothies to try this year, featuring fun, nutritious flavors you’ll love!

This post is sponsored by Stemilt. As always, all opinions are my own. Thank you for supporting the brands that keep Lively Table running.

What’s that saying, “New year, new smoothie?” It is now!

For a quick and easy breakfast (or snack), many people often turn to smoothies. They’re easy to make and drink, and they can be full of nutrients. But sometimes you get in a rut of the same flavor or two, or maybe you’ve been buying a daily smoothie and you’d rather save the cash. Whatever your need to break out of your breakfast routine, I’ve got you covered with some great new recipes for you. Whether you just bought your first blender or you’ve been blending up morning smoothies for decades, you’re sure to love these unique, healthy smoothie recipes!

What makes these smoothies healthy?

Each of these delicious smoothies contains a nutritious balance of fiber, protein and healthy fat to fill you up and provide lasting energy. They’re each made with healthy ingredients like yogurt, fruit, veggies, nuts, and oats with minimal added sugar, if any. And they’re all made with Stemilt fresh pears and apples - two fruits that aren’t always the most popular for smoothies, but should be! They’re both high in fiber and antioxidants and provide natural sweetness!

Of course, you can customize these recipes to fit your needs. They can all be made vegan by using your favorite non-dairy milk and plant-based yogurt. Or add your favorite protein powder (like unflavored collagen powder) for an extra protein boost. For thicker smoothies, use slightly less liquid. Add more liquid for thinner smoothies.

Blend the following in a high speed blender:

Blend the following in a high-speed blender, then top with your favorite granola (optional):

You can use the Store Locator tool to find Stemilt fresh fruit in a grocery store near you!

Get My FREE Ebook: 5 Best Breakfast Recipes with No Added Sugar!