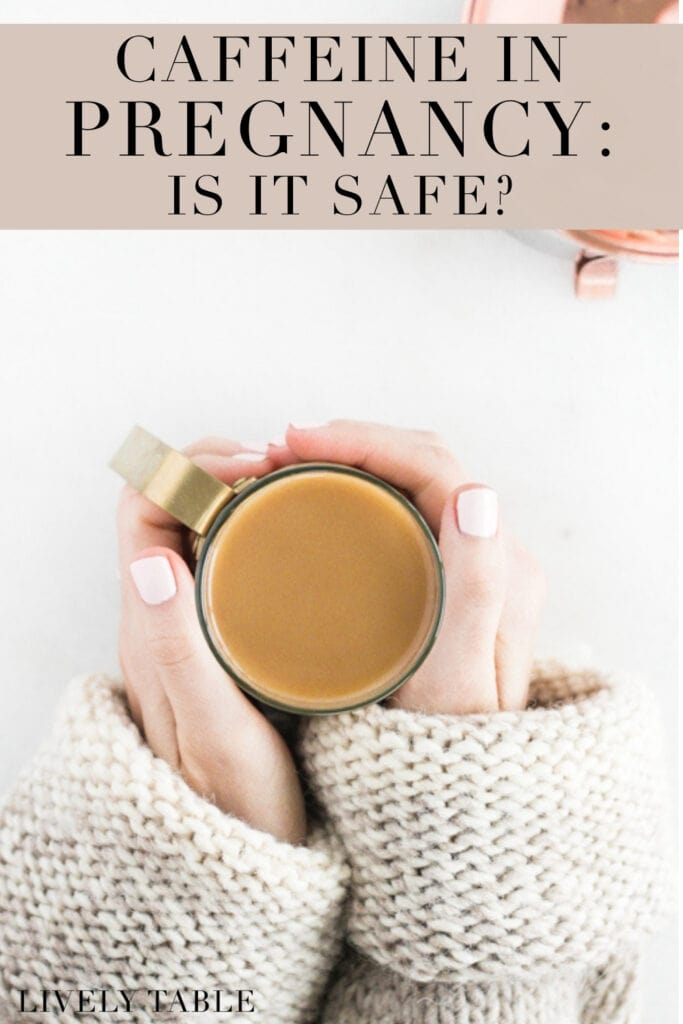 Is caffeine safe during pregnancy? Here's what you need to know about your morning coffee and pregnancy.

You probably already know that there's a long list of foods to avoid when you're pregnant. Some have a little more leeway than others. One that's still debated in caffeine. Some people will say to completely avoid all caffeine, while others say that caffeine intake doesn't matter. As with most questions related to pregnancy, nutrition, and health, we look to the research.

Caffeine and Pregnancy: What The Research Says

While not necessarily inconclusive, studies vary on whether or not (and how much) caffeine affects pregnancy. Some studies have linked caffeine intake to miscarriage, preterm birth, and low birth weight, though many older studies are flawed in design. The most recent (and better designed) studies seem to conclude that moderate intake of caffeine is safe, as stated by the American College of Obstetricians and Gynecologists. A 2008 study showed that the increase from no caffeine to less than 200 mg raised the risk for miscarriage only slightly, from 12% to 15%, while the risk increased significantly to 25% with levels over 200mg daily, though there still could be cofounding factors (such as maternal age and smoking). Another 2008 study found no increase in miscarriage with caffeine levels less than 300 mg daily. Two studies found that moderate caffeine intake is not associated with preterm birth, and does not affect birth weight gestational age, or fetal growth. Another study concluded that moderate caffeine intake did result in reduction in birth weight, though the differences were tiny (roughly 3 ounces).

How Much Caffeine Is Safe?

The consensus among health professionals is that up to 200 mg of caffeine daily is safe during pregnancy. That's roughly a 12 oz cup of coffee, though levels can vary widely based on brewing method, beans, and other factors.

Levels of Caffeine in Common Beverages

The Spruce has a good article outlining the caffeine levels of many popular drinks. Here are estimates for a few of the more common caffeinated drinks:

Bottom Line: Consuming under 200 mg of caffeine is probably safe, so go ahead and enjoy a little cup of morning coffee if you're feeling it. Speak with your doctor if you have any concerns about caffeine, and make sure you're realistic about what size your cup of coffee really is.