There is so much pressure around the choice to breastfeed your baby, and it’s a deeply personal choice. But what nobody tells you is that not breastfeeding may not be your choice at all.

It’s been a while since I wrote such a personal post here on Lively Table, but I thought it was about time for this one. The birth experiences of my two girls was so similar, but as babies, they were so different. (It’s true what they say about every baby being different!) One was fussy ALL THE TIME, spit up constantly, and ended up being a great sleeper. The other one has had hardly any spit up issues, is fairly easygoing, but has been so difficult to sleep train.

My feeding experience has looked similar on paper with both girls. What isn’t the same, though, is the effect that breastfeeding each baby had on me.

Before I ever became a mother, I knew I wanted to breastfeed. Like many young, new mothers, I had the intention of exclusively breastfeeding until (at least) the day my new baby turned 1 year old. How could I not? There is so much pressure to breastfeed. It seems like every doctor’s appointment during pregnancy you’re asked if you’ll breastfeed and are educated on why you should. Everyone you know asks if you will. Then after you have the baby, it’s like, the 2nd question everyone (who is nosy enough) will ask you. So, yes, of course I wanted to breastfeed. There was no other acceptable alternative in my mind.

But what nobody tells you before you become a mother is that you may not have a say.

Your body, or your baby, or the way your birth unfolds, may determine whether you can breastfeed or not. Despite your best intentions, you may not be able to breastfeed. Or you may be able to some of the time, and have to supplement with formula some of the time. And for a lot of us, that’s mentally devastating.

When my body didn’t produce enough milk for Queen C by the time she was 3 or 4 months old, I fought it tooth and nail. I was obsessed with pumping to try to force my body to produce more milk. I tried all the herbal supplements to try to increase my production. I woke up in the middle of the night to pump when she stopped sleeping through the night. And it took a toll on my mental health. I already had symptoms of postpartum anxiety and depression, but the immense pressure I felt to breastfeed, and then feeling like a failure because I couldn’t, made my anxiety so much worse.

When I finally gave in and added supplemental bottles of formula, something amazing happened. A huge weight was lifted off of my shoulders because I knew my baby was getting enough to eat. She was no longer screaming at me while I was in tears, trying desperately to get her to latch as she arched back and refused because I was simply empty. She was fed and happy and I didn’t have to stress about whether she was getting enough. And she grew. And thrived. And became a healthy little toddler.

So with Little M I went into the feeding experience with a completely different mindset. I decided before she was born that if I had to supplement with formula it would be 100% fine. I wouldn’t stress. I knew it was likely that my body wouldn’t produce enough milk, and supplementing would help to keep her fed. And it made the biggest difference.

Sure enough, my supply wasn’t (and isn’t) enough to meet Little M’s growing appetite early on, and instead of spending every waking hour worried about it and trying to force something that just wasn’t going to happen, I accepted it, added in a little formula, and moved on. And my mental state has been SO much better this time around. And since I’m less stressed, I actually am producing more at this age than I did with Queen C.

When I talk with other moms, I find that many of us share the same experience. Yet none of us are prepared when we can’t exclusively breastfeed, because nobody talks about it. Before we become mothers, we think it will come easily and naturally. We think that it will be sunshine and roses and just because we decide we want to breastfeed that we will be successful at every feeding for an entire year.

And then we struggle for months and months, judging ourselves and suffering in silence because we are afraid other moms will judge us for using formula.

Be gentle on yourself. Your baby will never judge you for how you fed them, they will just love you and be happy that you gave them nourishment and cuddles and smiles. A fed baby is a happy baby, and a less stressed mama is, well, a less stressed mama. And that counts for a lot. 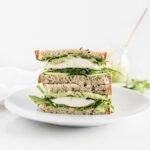 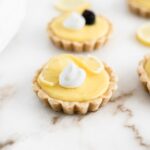 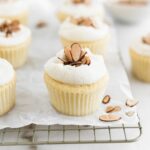 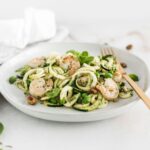 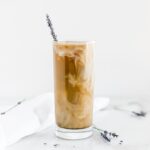 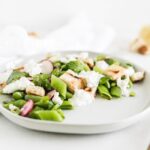