Home » Wellness » Lifestyle » The Champagne Method: How Champagne is Made

Find out the difference between champagne and sparkling wine and how champagne is made, just in time for New Years Eve!

‘Tis the season for celebration! If you haven’t already, I’m sure you will enjoy a glass of bubbly or two (or three?) to help make your spirits bright. But do you know what is really in your glass of bubbles? It may not be champagne. In fact, if it was made here in America, it’s not champagne. That’s because real champagne is technically only made it Champagne, France. Of course, most Americans ignore the technicality and call anything with bubbles champagne, but that’s actually not correct. There are, however, some fantastic, high quality sparkling wines out there that are made in America using the Champagne Method, which is the method used in Champagne, France to produce some of the most wonderful sparkling wines in the world.

Remember my friend Rimple from Schramsberg Winery in Napa, California? (Who also has a fabulous blog!) He is here to tell you about the Champagne Method of making sparkling wines, the very method they use at Schramsberg. This method is one of the very reasons Schramberg sparkling wine is so delicious! So here goes…

How Champagne Is Made

Selecting the base wine:  We pick our grapes from individual vineyards and make wines by fermenting the grape juice as any other wines, making as many as 200 different wines. We then let these wines age for about 6 months. After aging, we blend the best lots together to create a base wine. The base wine determines the quality of the finished product. The alcohol content of the base wine is usually around 10%.

What makes the bubbles is champagne?

The Tirage:  After the base wine is made and selected, sugar and yeast is added and this concoction, called the tirage, and is put in a thick walled glass bottle and sealed with a bottle cap. The tirage is placed in our caves and allowed to ferment. Fermentation produces alcohol and carbon dioxide. As the bottle is sealed, the carbon dioxide cannot escape, and thus dissolves back into the wine producing those magical bubbles.This is called second fermentation in the bottle.

Aging on dead yeast:  The second fermentation takes about 6 to 8 weeks in the bottle. Once the second fermentation is completed, the yeast cells die as they have eaten up all the food. Our sparkling is then aged on the dead yeast cells called the lees, which adds the complexity to the wine. Our J Schram and Reserve are aged for six to seven years.

Riddling:  After the aging process is complete, the dead yeast cells have to be removed from the bottle. This process is called riddling, whereby the bottles of sparkling wines are placed upside down in a holder, called the ridddling rack. Each day, the bottles are rotated by “the Riddlers” to bring the lees to one side and and eventually continuously  inverted. This procedure forces the dead yeast cells into the neck of the bottle and eventually the cap, where they are subsequently removed.  A riddler can typically handles 20,000 to 30,000 bottles per day. This task is now also done mechanically for our Blanc de Blancs.

Disgorging:  Disgorging is the process of removing the dead yeast cells. The bottle is kept upside down and the neck is frozen in an ice bath. The dead yeast cells and some of the wine freezes forming a solid plug. The bottle cap is then removed and the pressure of the carbon dioxide in the bottle forces the plug of frozen wine out leaving behind clear sparkling wine. At this point the “dosage”, a mixture of wine and sugar, is added to adjust the sweetness level of the wine and to top up the bottle. The bottle is then corked and wired, saved for about six months and then ready to be shipped out.

There you have it! The Champagne Method of making sparkling wine. Check your bottles to see if they were made using this method. (Hint: If it’s under $10, it’s not.) Thanks for the explanation, Rimple! Cheers! 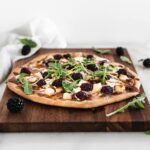 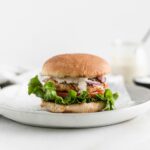 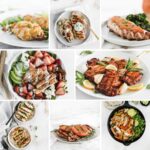 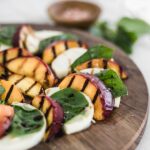 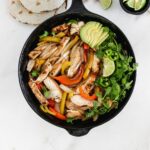 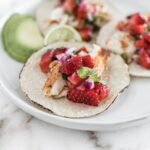