Why I made the difficult decision to stop breastfeeding my first daughter at 7 months.

My breastfeeding journey with my daughter, my first baby, sweet Queen C, was relatively smooth sailing at the beginning. Sure I had the initial challenges that every new mom faces when trying to breastfeed for the first time, but after a week or two, we got the hang of it. Baby was eating like a champ and I had what seemed like an endless supply. We had a couple of nursing strikes, but they were short-lived. I felt so lucky to be able to breastfeed with very few hiccups.

Then at around four or five months, my milk supply came to a screeching halt. I was no longer pumping one to two extra bags of milk a day. I was lucky if I could pump anything extra at all. I started to worry about whether Queen C was getting enough to grow, so I took her to visit the pediatrician, who told us we may have to supplement with formula.

My dietitian mama heart sank. Being in the dietetics profession, it’s engrained in your mind that breast is best. That if you love your baby and want what’s best for them you will exclusively breastfeed. Breastmilk is far superior! There are so many health benefits! And obviously, breastfeeding is natural so it must be easy, right?

I was so stressed about my milk supply, but I was determined to keep going, to keep pushing my body to produce enough milk for my sweet girl. I took fenugreek supplements, drank all the lactation tea, and pumped around the clock to try to increase my supply. And it worked for a little bit.

But soon Queen C’s needs outgrew what I was producing again. She would get cranky in the late afternoon, and I would be close to tears because I just didn’t have any milk left to satisfy her. I felt so guilty. I had to start digging in to my freezer stash of milk to make sure she had enough, but I soon realized that my stored milk wasn’t going to last long. I finally gave in and started supplementing with formula. Just one bottle a day. That would be ok with me.

At first I felt like a failure. Like my body just wasn’t doing what it was supposed to do. But knowing my sweet girl had enough to eat lifted a huge weight off of my shoulders. I continued to breastfeed, pump and supplement. I still took fenugreek religiously. And things were going well again, it seemed. I was still trying to pump at least once in the morning and once at night in addition to regular feedings to maintain my supply and a little freezer stash, which worked at the time. Until it didn’t anymore.

About another month in, Queen C started getting extra cranky. She wouldn’t nap and was always fussy. I realized that once again, I wasn’t producing enough milk to meet her needs. So I started pumping for every feed to see just how much she was getting, and my fears were confirmed. I was not making enough for full feeds. But I still felt like I had to push through and keep going.

So I kept pumping. For every single feed, and then some. I made bottles of milk mixed with enough formula to make a full feed. It soothed baby and helped get her back on a sleep schedule, but I was killing myself trying to keep up. Caring for a baby is hard enough, but trying to pump, clean up, and bottle feed with a wiggly baby in your arms five to six times a day AND get some work/laundry/cooking done was a nightmare. I was so stressed out and exhausted all the time, while feeling guilty that I couldn’t make my body produce more milk.

I finally arrived at the decision that I couldn’t keep doing what I was doing. It was taking a huge mental toll on me, and something had to give. I decreased pumping sessions to just one in the morning and one at night and increased formula feeds, which helped. I toyed with the idea of stopping pumping altogether, but I still felt guilty.

If I stopped, would that be admitting failure? Would I be a quitter? I had to keep going.

But then I realized something. I try to listen to my body and honor it’s needs when it comes to food and movement. Why should this be any different? I was stressing myself out to the point of major anxiety and depression to try to force my body to do something that it clearly did not want to do.

So it was time to listen to my body and honor what it was trying to tell me. It was time to stop breastfeeding.

Was I sad? Yes, of course. I had always envisioned exclusively breastfeeding my baby for a whole year. But unfortunately there are some things that are out of our control, and you just have to stop fighting and move on. But I also felt like a little bit of a weight was lifted. No more carrying around a pump in one hand, a baby in the other, and trying to keep the two from getting tangled. No more pumping bras or traveling through airport security with bags of breast milk. I could feel a little bit more like a real human again. And I finally had reassurance that my baby was being adequately nourished.

I’m still making peace with the fact that my body is done producing milk, but I’m pretty damn proud that I made it to 7 months of breastfeeding. Because I tried really hard to make it as long as I could, and that’s all I can do.

I’m thankful that I’m still able to feed my baby in a different way. Because a fed, loved, happy baby is all that matters. Not what other moms are doing or what they think of my decision. Because it is my decision to make. And I made the decision to put my own mask on first so I can be the best mommy to Queen C. 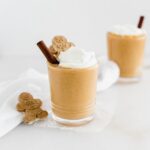 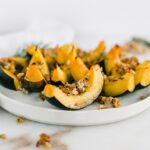 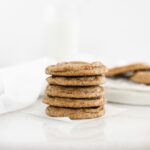 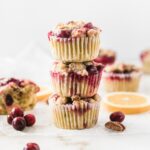 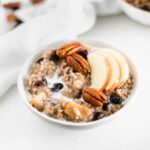 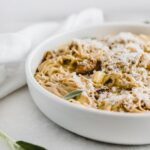