Every good Texan knows the life-changing power of good barbecue. It’s what drives us on endless quests for THE BEST barbecue in the state (we don’t need to go to other states, we know it’s not as good there). It drives us to stand in line for hours in the heat, getting drenched in sweat and the lingering smell of wood smoke, in hopes that just maybe, this barbecue joint is as good as everyone says, perhaps that it is even the best.

Most of those experiences are a letdown. Not that the experience isn’t fun, but usually the food just doesn’t live up to the hype and isn’t worth the time spent in line, the money paid, or the extra hair wash you’ll have to do later. Occasionally, the food isn’t even edible (there’s nothing worse than bad brisket). But the search continues in hopes that there is a better BBQ restaurant right around the corner, or 10 hours across the state. And such is barbecue culture in Texas.

This Texas girl has eaten her fair share of barbecue, some good, some not so good. I grew up with my dad smoking a brisket almost every weekend at the family lake house while the women made potato salad and pinto beans inside. Sometimes the brisket turned out absolutely heavenly, sometimes, not so much. I’ve stood in long lines, stood in short lines. I’ve eaten some decent ‘cue, spit out inedible brisket and been duped by a Cooper’s Barbecue that was most certainly not THE Cooper’s Barbecue (Spoiler: It was bad. Don’t go there.) BUT I am ecstatic that I think I have found what in my experience is THE BEST barbecue in Texas (sorry, dad).  And right in my own backyard, no less.

Evie Mae’s Barbecue in Wolfforth, Texas is truly the best barbecue I’ve ever had, and I’m not the only one who thinks it is the best either. Evie Mae’s was recently listed as #9 in Texas Monthly’s Top 50 Barbecue, a very well-deserved honor. Mr. Table and I have become superfans, standing in line in 104° weather, attending Friday night prime rib dinners (something you should absolutely do at least once if you’re within a couple of hours drive), buying whole briskets for parties, and stalking their Instagram account for updates on when sellout happens. I could stop the search for a better BBQ restaurant and die a happy woman eating just Evie Mae’s for the rest of my life (not that I won’t, but I could). I recently had the opportunity to chat with Mallory and Arnis, the husband and wife duo that built this barbecue gem from the ground up.

When I say from the ground up, I mean that quite literally. Arnis builds all of the restaurant’s smokers by hand, which is how they got started making some of the best barbecue in Texas.

Originally the owners of a landscaping company in Tucson, Arizona, Mallory and Arnis started experimenting with barbecue after Arnis built his first smoker. Their friends and family loved their barbecue, and pushed them to sell it, so they bought a trailer and started selling barbecue one day a week for fun. The couple relocated to Texas and set up shop in Wolfforth, as one day a week turned into weekends, and weekends turned into Wednesday through Saturday. The lines grew longer, and they had to expand into an actual building to accommodate their growing popularity. They’ve now been in their current building in Wolfforth for a little over a year, and are already expanding to add more seating and a bakery. They’re working as hard as they can to keep up with the growing demand without sacrificing quality.

What is their secret? For the perfect barbecue, it’s simple. Starting with the best cut of meat. Evie Mae’s starts with only Prime beef. From there, it’s Arnis, his pitmaster skills and a slow overnight smoke that creates the mouth-watering smoked brisket, ribs, turkey, sausage and pulled pork. No super-secret rubs or ancient family recipes. Along with sides like green beans and green chile grits from scratch and homemade desserts, it just doesn’t get any better. Of course, the whole experience is what you’re going for at a barbecue joint, and Mallory and Arnis have southern hospitality nailed. They are so grateful for their customers who stand in line in the heat, and they won’t hesitate to bring you a free beer while you wait or to take a moment to chat with you. It’s truly part of the Evie Mae’s experience that keeps people coming back for more, and that helped to land them a top spot in Texas Monthly’s Top 50.

Mallory also credits their employees for helping them get where they are. She knows that one of the biggest challenges of owning a restaurant is finding good people who share your vision and passion. Not having restaurant experience before opening Evie Mae’s, Arnis and Mallory have had to learn as they go, and they’ve had the help of great employees that share their dream.

But their story is even more interesting than amazing barbecue to a nutrition nerd like me. That’s because everything in Evie Mae’s (except for the obligatory Mrs. Baird’s white bread) is 100% gluten-free. A gluten-free barbecue joint is not something you hear about every day, and a completely gluten-free menu doesn’t exactly conjure up images of brisket sandwiches, the best cornbread you’ve ever had, and homemade banana pudding. They didn’t advertise their restaurant as gluten-free at first, and if you live in West Texas, you already know why. But the absence of gluten from Evie Mae’s delicious food is out of necessity, not to be trendy. Arnis has celiac’s disease. He cannot consume any gluten, or his intestines will be damaged. They didn’t find out about Arnis’ condition until they were trying to start a family and had trouble getting pregnant. Turns out, his undiagnosed celiac disease had caused so much damage to his intestines that he had become malnourished, making it difficult to conceive. As soon as Arnis was diagnosed with celiac disease and he stopped eating gluten, the couple was able to get pregnant, and their daughter Evie born.

Most of you know that I don’t recommend gluten-free diets except for in the case of actual gluten intolerance or allergy, mainly because gluten-free food is usually expensive, a pain, and gross. But I will happily eat all of Mallory’s gluten-free pies, cake, and cornbread muffins. I am still amazed at the taste and texture of Mallory’s baked goods. They are honestly like no gluten-free baked goods I’ve ever had. Besides the fact that all of her desserts are made from scratch, they taste just as good, if not better, than their gluten-containing counterparts. Maybe it’s all the love and work that goes into each hand-pressed pie crust, or maybe it’s all the butter, but Evie Mae’s desserts are darn good. So good that they’re opening a separate part of the store to serve as a bakery.

One burning question Mr. Table had (besides whether or not every piece of meat is made fresh daily – it is.) was if they eat barbecue every day. They do. Mallory never tires of it. She says the only time she didn’t want to eat brisket was when she was pregnant, when the smell of smoke made her sick. Makes it difficult to work in a trailer full of smoked meat. But she’s over that aversion now, and still eats BBQ most days.

While Mallory never saw their seemingly skyrocketing success coming, she says Arnis is the dreamer of the two, and he always knew this is what he wanted. They’d sit on their porch in Arizona, talking about ‘someday’ over a glass of wine. Little did they know when Arnis brought home the first trailer, that ‘someday’ would come sooner than they thought. Mallory’s favorite part of owning a restaurant? Getting to meet new people every day. They’ve had floods of people from all over the state and country coming to get their BBQ passports stamped, and it makes the hard work and chaos all worth it to her.

Oh, and how does Mallory like her eggs? Scrambled. With a touch of butter and cheddar cheese. (Of course, I had to ask.)

You can find Evie Mae’s Barbecue on Facebook and Instagram. A huge thank you to Mallory and Arnis for having me out and taking the time of out of their hectic day to talk with me! 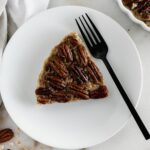 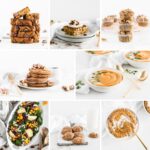 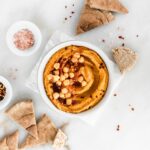 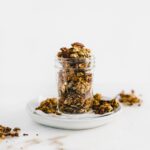 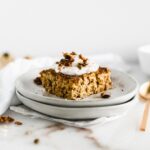